So, I had to migrate from a Pro to an Air a few weeks ago. My Macbook got repaired (out of warranty, for 600ish damn euro) and I sold it. I waited for the new line of Macbooks and ordered myself a new one. I picked the Retina version.

Just as with my previous Macbook Pro, I went for overkill in the hope to keep it as long as possible.

Except for a faulty GPU, my previous Mac was actually still very capable, and I would not have thought about getting rid of it any time soon.
It was still smooth and blazing fast. I had quite some bad experience with my first Macbook Pro (see below, SATA and 2Gb RAM); that device was already crippled after a few weeks of usage. Annoyingly slow and laggish.

So I hope to be able to do 4+ years with this one. This was my Macbook Air (with a SDD): 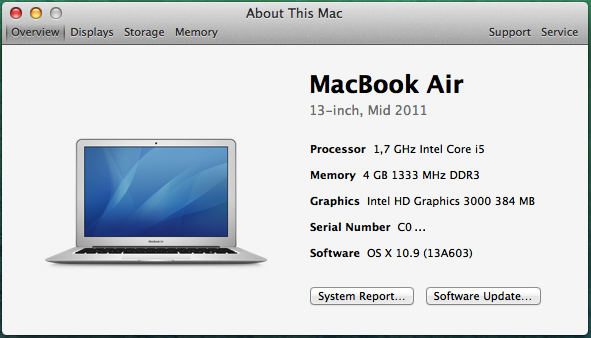 These are my frustrations/comments now that I’m back on a Pro:

This is my new laptop: 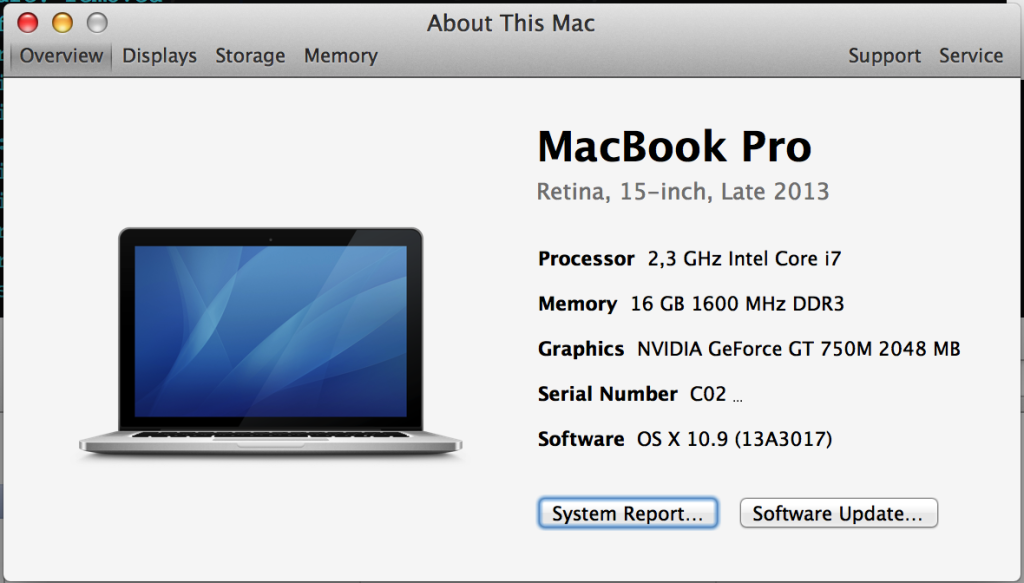 And for the sake of completion: (A G4 powerbook, but don’t have any system info of that one; although it stills runs and is used by my dad). 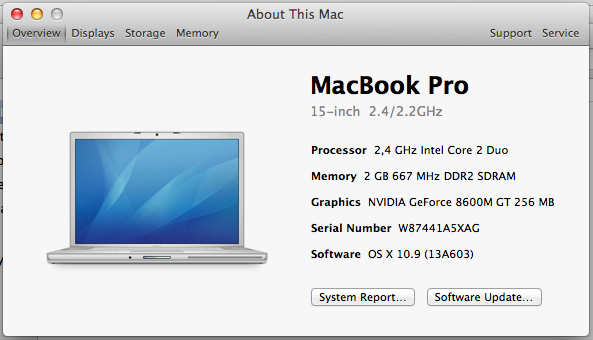