Quick wrap up of the slashdot effect 10 days ago.

This was easily handled on a Debian virtual machine: running a dual core Xeon vCPU (3.2Ghz) with 2Gb of RAM. Nginx as webserver. No slowdown was noticed. Google Analytics reported peaks of ~100 concurrent users (but not sure what timeframe they consider “concurrent”). 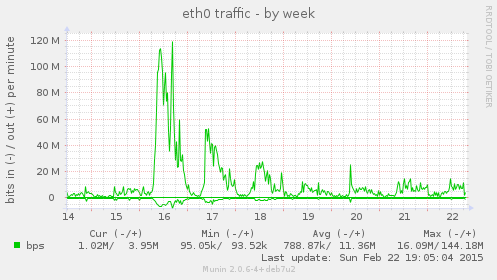 There was, what looks like, a DoS on Monday around 12h00 for about 30 minutes causing a 100% load (2.00 linux load, on 2 vCPUs), however there was no out of the ordinary traffic data peak — but I didn’t have time to look into it, and by the time I had notice it was already long over. 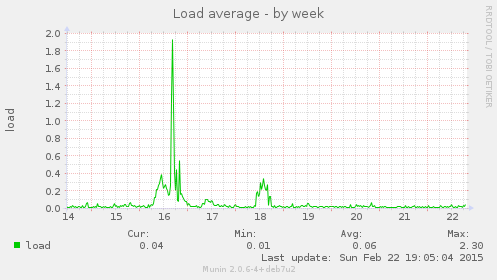 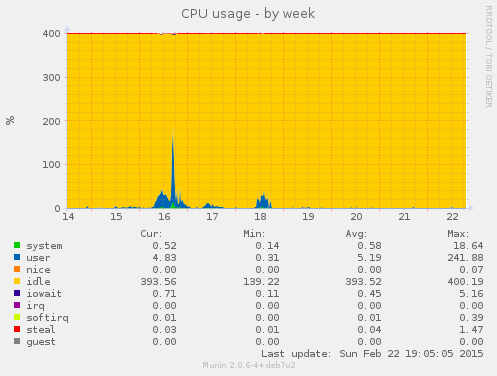