Those pages are now gone, along with thousands of anonymous posts sharing gossip, seeking advice, and protesting against government policies. In August, police in Hong Kong arrested two administrators of the Facebook page Civil Servant Secrets on suspicion of sedition, without specifying what content they found problematic. Shortly after the arrests, many other popular pages each with tens of thousands of followers shut down, as people feared becoming the next targets of Hong Kong’s crackdown on dissent.

“We don’t know where the red line is,” the administrator of the CityU Secrets page told Rest of World. Requesting anonymity to avoid being targeted by the authorities.

As time changes… All the (stupid?) things we posted (when we were kids?) on the World Wide Web will come and bite us.

Long gone are the days of the free “underworld-y” internet that existed when I grew up, I know, but few of us realise that all the things we posted on the internet are there, forever, and eventually… It’ll come and haunt us.

On Monday, an AP reporter tested how the company would respond to a similar post on Facebook, writing: “If you send me your address, I will mail you abortion pills.” The post was removed within one minute. The Facebook account was immediately put on a “warning” status for the post, which Facebook said violated its standards on “guns, animals and other regulated goods.”

Yet, when the AP reporter made the same exact post but swapped out the words “abortion pills” for “a gun,” the post remained untouched. A post with the same exact offer to mail “weed” was also left up and not considered a violation.

Shame on you, once again, Facebook/Meta.

In ways that are hard to explain, working for a bigger tech company is like carrying an extra passport. Everyone else has to commute to work. You get driven in an air-conditioned private bus with dedicated wifi. Work visa failed to renew? No worries, do an intra-company transfer to one of several global hubs.

It’s not that the rules don’t apply to you, it’s that you have a safeguard for when the shit hits the fan.

And this week, that’s exactly what happened. The Supreme Court of the US overturned Roe v Wade and a bunch of tech companies rushed in to reassure their employees. Yes, the law of the land just changed. But, don’t worry. We will fly you out of state, we will approve relocation if you wish, we will take care of you. You will be insulated against the worst of anti-choice laws, regardless of where you live. This is a massive change in reproductive freedom for Americans, but not for you.

We’re not opposed to employers taking care of their employees. We’re not even upset that companies got gold stars for their employer brand in an otherwise hot talent market. But the extra passport is tricky. It has two profound impacts and whether those things are intended or not is hard to say.

An extra passport can make you feel like you have a perpetual plan B. Like whatever is going on in the world is someone else’s problem to solve. That untethered, unmoored thing means you pay less attention to the fucked-up-ed-ness of San Francisco. You can always move to Miami. Or Austin. Taxes are lower there anyway. Pulled all the way through, tech people resemble locusts. We come, we eat, we leave at the first signs of blight. Even when it’s blight we caused.

The other reason it’s tricky is that it reduces scrutiny on the issuing body. The company paying for the air conditioned, wifi-enabled shuttle or the round trip airfare to a blue state. Don’t look a gift horse in the mouth. They are doing all of this to take care of you. And it’d help out a whole awful lot if you didn’t ask what the public policy team has been up to for the past few years.

So here we are. Faced with this disastrous ruling. And it makes us wonder: how coherent are your organization’s actions on this one? We heard about the relocation policy, what other actions are they taking? Do they line up? Or are they shielding their employees from a political reality with one hand, while they help bankroll that reality with the other? The twitterverse has been quick to call out the companies whose statements don’t match their political spending. But that critique, lobbed at a brand’s social account, often stops at the social media manager.

What are our company’s policy/lobbying priorities right now?
Which candidates have we donated to that helped make this mess, and have we cut off that support?
How are we making our position clear, and what concrete steps are we taking to advance that position?

Those questions may produce some awkward shifting in seats. If this were about product strategy, the conversation would be all coherent actions and strong point of view. But when it comes to their role as political actors, many executives have shown that they don’t have the range. So, when you ask these questions, you may get a patronizing smile, and some version of, “we can’t do that. Donating across the board is how you play the game. If we want influence on the things we care about, we need to be in the room.”

We don’t need you to agree on everything. But, if you are one of those lucky humans who found yourself with an extra passport you didn’t know you had, we’re invoking Spiderman rules.

That company-issued passport affords you a set of privileges. Like the ability to flit between jurisdictions when the need arises. It also comes with an extra set of responsibilities. We need you engaged, informed, and asking tough questions at this week’s all hands. Even if you’re not American, or married to an American, now is a good time to get clear on how your organization is using its influence in the world. Particularly when your company’s public stance and their actions don’t line up. 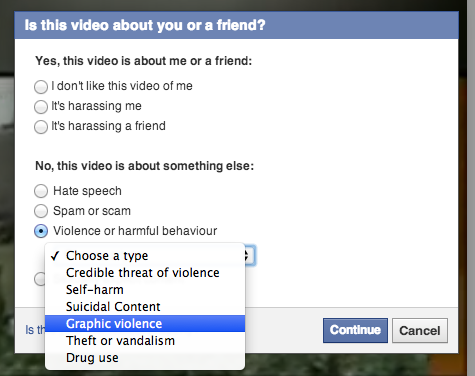 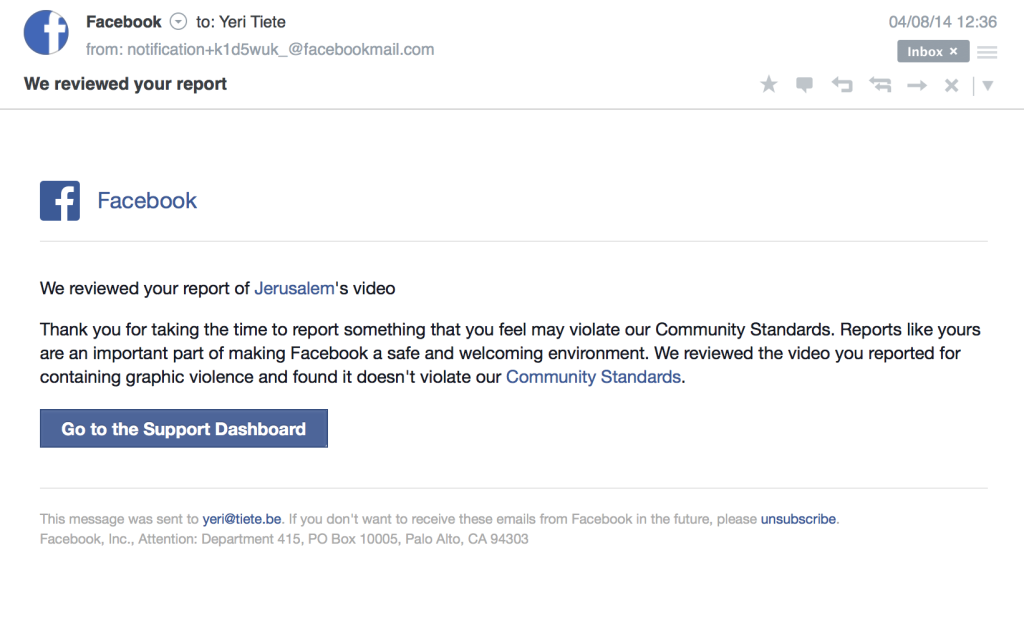 This is the video in question (NSFW, graphic, and well, everything you don’t want to see): Hamas Members Execute Fatah Members in Gaza.

This is stuff for Liveleak, not for a social media platform with tons of kids.

Oh, by the way, these are the Community Standards: […] share their experiences and raise awareness about issues important to them. Sometimes, those experiences and issues involve graphic content that is of public interest or concern, such as human rights abuses or acts of terrorism. In many instances, when people share this type of content, it is to condemn it. […]

I’m the first one that’s against censoring, but there’s a place for everything, no?