Shameless plug to get Google to index the website faster. ¯\_(ツ)_/¯

I was playing around with the idea to up the marketing and social media stuff for Shan (WFH is taking its toll — I was bored, always doing the same, saw Shan struggle to do both creative and marketing work, and I had plenty of brainjuice left — and in all fairness I was probably getting a bit frustrated and going “why don’t you just …”. So yeah, decided to actually help out and experiment some).

Since medio April I have been running most of the social media accounts, having content scheduled using Hootsuite, increasing followers, etc.

I did some of this before, but it was mostly some random paid advertisement without a real strategy that didn’t lead to anything very substantial. The ROI wasn’t really there and was mostly just a gamble — so far we’ve had more leads from organic growth than from paid ads on Google or Facebook/Instagram. Soooooo something must be wrong there…?!

Another thing that was missing to make her more prominent as SME (subject matter expert) was to have all the knowledge and experience she has more publicly available; ie give some away for free (and help those that wouldn’t hire the services anyway), and then provide enough of a teaser to reel in customers that want more and have budget. The blog will also hold some reviews, plug some contractors and suppliers (create a bit of a win-win situation and platform), etc.

So yeah — I suddenly had this epiphany to set up a blog (using Medium — and I may have been late to the party, but I’ve been watching and wanted to get to know more about the platform — and so far Medium actually has quite some interesting articles).

Got some interviews going with clients, show casing some projects (the portfolio is nice, but doesn’t have a lot of written content) have some posts about what’s going on in Shan‘s mind (those are the ones that take time as Shan needs to sit down and actually give me content) and even wrote about our house. 🙂

So let’s see how that works out — but so far it’s been worth it.

I had the same theme for over four years. I’ve made quite a few custom css and PHP edits myself, and it had been outdated for ages… But it served me well. However, it’s now time for something new. 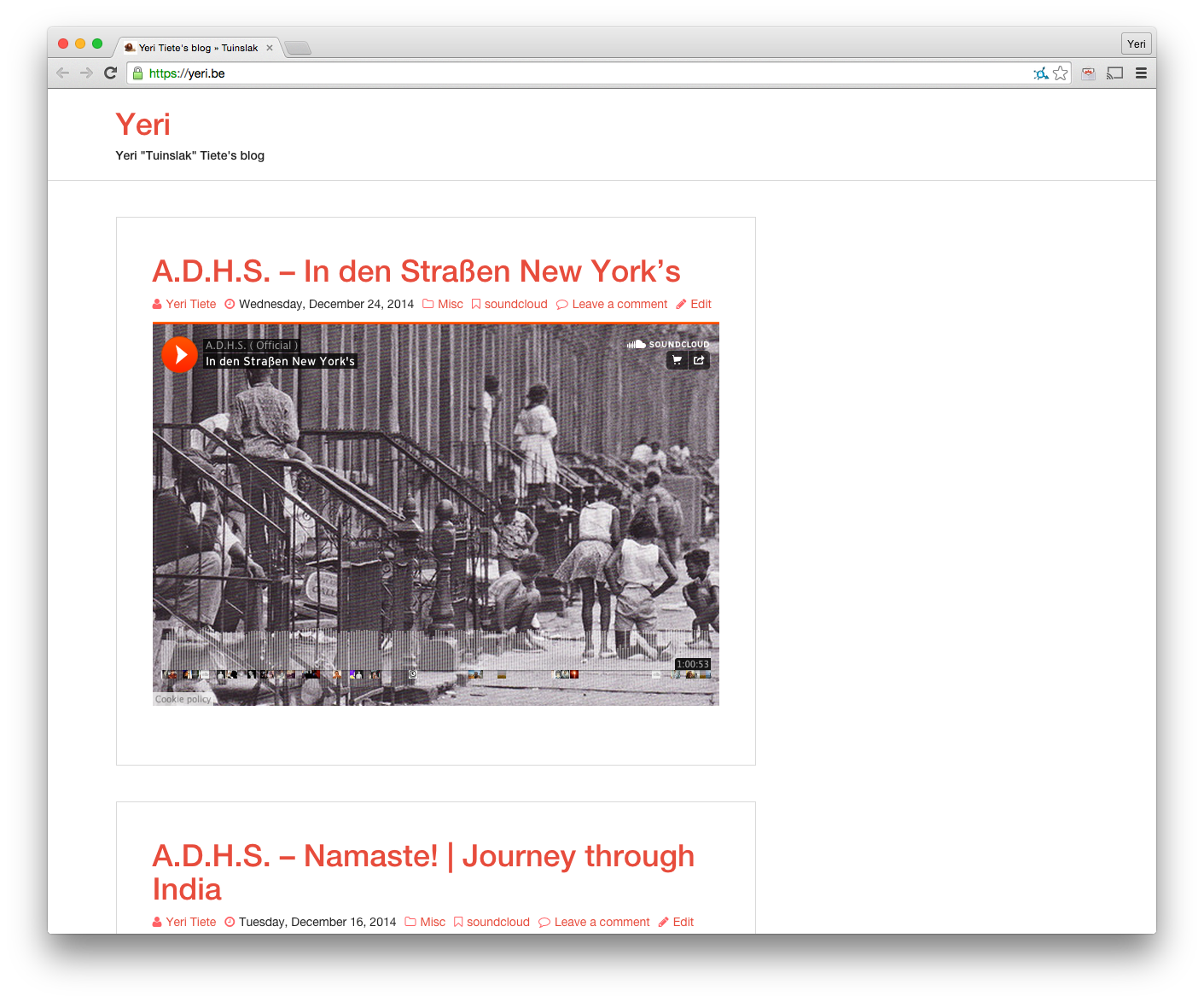 As always, as minimalistic as possible.

I’ve also correctly repaired IPv6 on this blog. Apparently nginx never and/or stopped correctly listening to IPv6 (suddenly my Android devices displayed errors on this page, Chrome & Firefox on OS X seemed to fall back to IPv4 instantly… Not sure how long it was broken, but it’s back).

Does not work with IPv6, it has to be 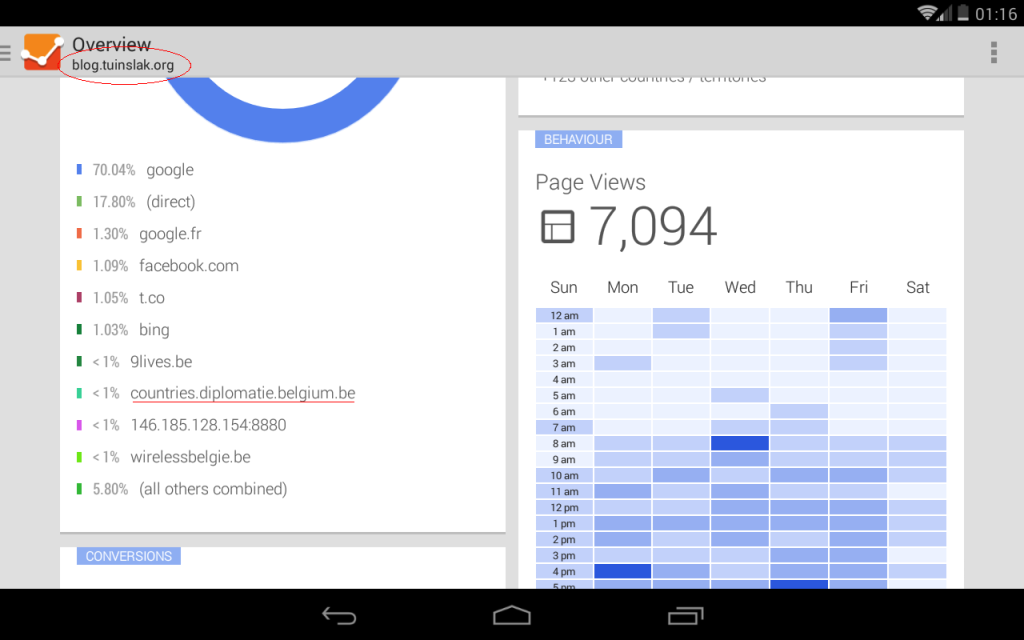 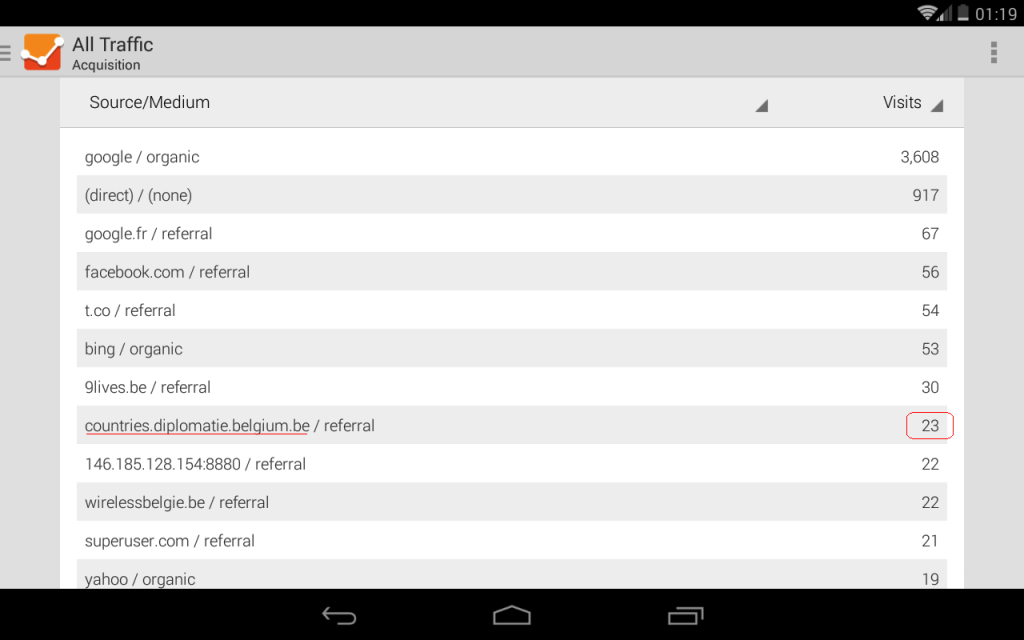 Well, here are some stats for a longer period of time since moving to HTTPS. 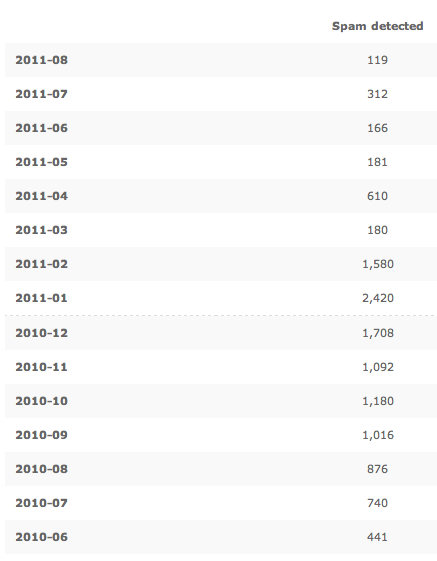 And yay, for Akismet’s graphs being back. For some reason they’d been broken for ages on this blog.

Not entirely sure why this keeps spambots away, but a drop from ~100 spam comments/day (1/2) to at most 4 seems pretty cool.

Edit: seems like they just do a POST request to an old URL (http://blog.tuinslak.org/some-post), which results in this reply:

I’m guessing once they rescan the new URLs they’ll be spamming again. Just a matter of time for them to update their “bookmarks”. 😉 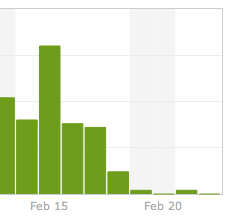 Totals can be found here.