“Singapore is China, right? They eat dog there. So backward.”

I haven’t posted much since arriving here… That’s because life here is pretty straightforward and nothing is complicated.

In Belgium buying stamps is usually ??????*** and, like in Singapore, I end up going to the post office and asking them to weigh it and stamp it.

However, unlike Belgium* (and most of Europe?) they have these handy machines. 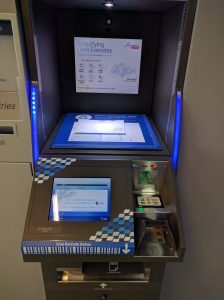 You pick the country you’re mailing, it weighs the damn thing, you pay, and it prints the stamp. Doesn’t get any easier. 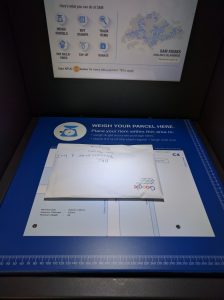 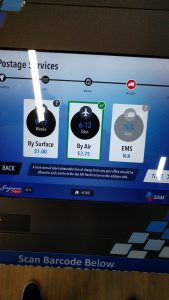 Now this isn’t unique to Singapore — I have seen them in Seoul** too. What’s unique here is that they even mail you your receipt digitally. 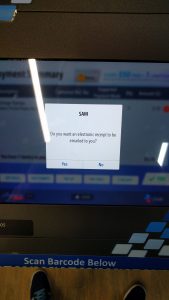 I’m not sure if there’s just an iPad running in there (UI reminds me of iOS somewhat)… But… It just works, it’s simple, it only took me 30 seconds (if I didn’t take all those pictures at least). <3

In terms of payment I don’t remember if they accepted cash. But card-wise is was NETS only (so foreigners are out of luck).

*) Think Antwerp City had a similar machine once but it was only for packages between size X and Y. And for some reason I couldn’t use it and just went to the counter anyhow.

**) One of the few things in Seoul that was available in English too. And accepted credit cards.