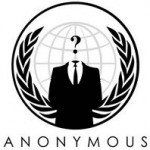 Anonymous wishes you to act.

People ought not have to fear their leaders; leaders ought to fear their people. In too many places, though, this is currently not the case. A grasping dictator has taken an army to the skies and the streets to shed blood of people whom he should be protecting. Some of them have bravely refused, and thereby done their part; when will the UN do theirs?

We just want the people to be free. Please help us help them. Again, this is not an attack, but rather a bid for your full attention, which ought to be directed towards assisting Libyans in their quest for liberty.

The United Nations has the power to prevent this egregious loss of life, but it must act quickly and decisively to do so, contrary to its usual habits.
We ask not for meetings or referenda. Rather, we demand that you implement the following measures and do so in a manner that will minimize the loss of life among civilians and put an end to the rule of this degenerate tyrant.

That world which you claim to protect is watching and will respond accordingly.